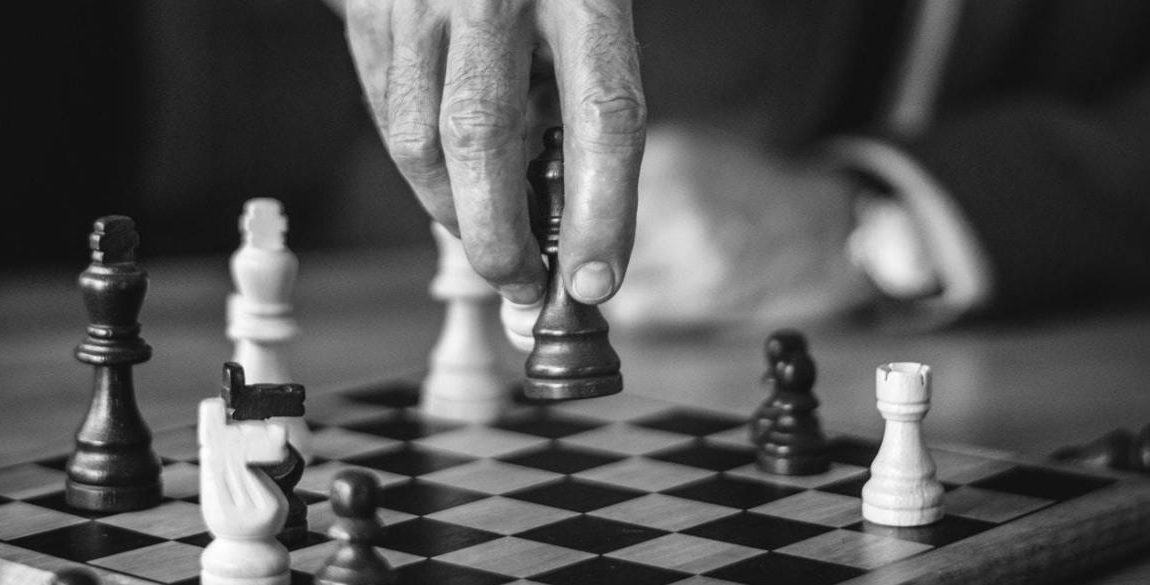 Can Game of Thrones offer lessons to business leaders?

Any Game of Thrones fan knows the intense level of chaos in every scene of each episode that has played out over eight seasons which culminated in this weeks finale. Spoiler alert … heroes were lost, heroines were made, hearts and minds constantly changed, allegiances became interwoven, leadership styles were tested and individual stories of sacrifice and bravery played out before us.

What seemed like reasonable leadership decisions at first, often resulted in betrayal, lost kingdoms and public execution. We witnessed the consequences of these wrong decisions and their devastating impact. If only Daenerys had listened to the leadership advice Jon Snow gave her long before the Battle of Winterfell. He cautioned her not to be the same as those that came before her – only to result in her reacting in the heat of the moment, burning down a city and destroying lives.

Fortunately, the days of literal executions are in the past, but still, the premise remains unchanged: at every leadership level in business, leaders must make decisions with wrenching tensions and unpredictable outcomes. Projects and whole businesses can falter and the fortunes of our people, their families, communities, and broader economies are at stake.

It turns out, there may not be a great difference between the world of Game of Thrones and the business world we live in today. Decisions are taken, changes come to bear, results happen – intended and unintended consequences ensue.

Like the rulers of the kingdoms in the Game of Thrones, business leaders need to have their heads up at all times – be aware of your surroundings, your team dynamic and the context in which you are operating. At all times, one foot needs to be in the present and one foot in the future.

While no leader was perfect, here are 7 key leadership styles presented in the Game of Thrones that modern leaders can take inspiration from:

Ned is driven by values. His untimely death was attributed to a reliance on emotional instinct guided by his personal values. He’s oblivious to the impact of a lack of alignment of values and even if people did share his values, his blindsided to the different agendas people held.

Values-based leaders are much needed today. They bring empathy and integrity to their teams and drive engagement and commitment. But values can also lead to blind spots and cause us to drive counterproductive outcomes. As a leader, the more we seek to have clarity on the values of others (or other personal dynamics), the more effectively we can lead. It enables us to foresee potential unintended consequences and make more effective decisions.

Jon often makes decisions that have no easy solution. He leads from the head and the heart with a balance of strategy and persuasion; an operational tactician. These are skills leaders develop with each new experience. Jon not only sees strategy but he has a vision of how to move that strategy forward and implement it. He knows there is strength in transparency and rallies his people with strong messaging which helps him to act.

Similar to Ned Stark, Jon Snow repeatedly displays empathy and integrity, but he adds important other ‘HeadsUp’ leadership qualities. This includes an ability to understand the actions of others allowing him to place himself in their shoes. This is seen when he bounces back from adversity with ease, and in his acceptance to bend-the-knee to create alliances when needed. Jon assesses situations and people and draws conclusions to enable his decisions.

3. Lead with confidence like Daenerys, the Mother of Dragons

Daenerys knows exactly what she thinks she deserves and what she’s dreamed of. Despite the struggles she has overcome, Daenerys never underestimated herself. She has no training in commanding an army, but she gained confidence and strength to lead the Dothraki people simply by knowing her worth.

HeadsUp leaders know it is critical to build confidence and remove doubt both within their teams and across their business – doubt can cause instability. Daenerys success demonstrates this. Her success was driven by her ability to see the future and then confidently command her troops to mobilize. She asserts what she is capable of, her people do not question her commitment, and she makes it clear what she will do to achieve a result. She is not afraid to take prisoners and lives.

Her weakness comes through much later when she is forced to choose between what is right for the greater good and what is right for her own good. This fulfilled Jon Snow’s fear that she will be feared like those who came before her, rather than fearless.

4. Lead with Emotional Intelligence and influence like Tyrion Lannister

Don’t let size fool you. Tyrion Lannister leads from behind via observation and careful processing of facts and data. He listens, he thinks, he absorbs, he concludes. Tyrion offers both perspective and calm calculated judgement. He analyses things through different lenses. He uses information in context. He asks questions. He presents scenarios. He engages in debate. And then, he presents the decisions he would make.

The successful modern leader exemplifies high emotional intelligence which allows him to see people from multiple perspectives and forge critical alliances. But he is also vulnerable and real. He questions himself, and this creates an impact. The downside is influence may not be accepted and course corrections are needed.

The strategist and stoic commander, Tywin Lannister like many HeadsUp leaders, urges you to stand firm in your convictions. He is known for his unfettered and domineering attitude and military prowess which ensures the Lannister legacy lives on. But his blind spot was inflexibility and the inability to appreciate the brilliance of his youngest son, Tyrion Lannister. Consumed by Tyrion’s dwarfism, he discounted his talent. This meant he was incapable of playing to people’s strengths, only wishing they were something else.

He also suffers the tyranny of blame. Tywin and Westeros may have been at their strongest when Tyrion was the acting hand of the king, but he never saw past circumstance. He sees failure in others as a character flaw and failure in himself as circumstance, blaming his youngest son for that which could not be controlled and telling himself it is his son who is the issue.

The HeadsUp leader knows the weakness of others but the downfall of Cersei is she uses those weaknesses to manipulate to her advantage. She leads with fear because she fears those that she leads and uses her resources as pawns in a game with no regard outside her own satisfaction.  With no empathy or integrity, she sees an iron fist as the route to the iron throne.

Lady Lyanne’s support of Jon Snow was unwavering. She knew when it was time to fall on her own sword in the interests of the greater good. She knew when leaders must be first among equals and when she must support other leaders for the even greater good. She also knew when to roll up her sleeves and get in the game.  The courage Lady Lyanne demonstrated across the seasons led her to fight for what she believed in, regardless of experience, and this prevailed to the very end. Her team became Jon’s team. Her leadership supported him.

Leadership is never a one-size-fits-all matter. We learn from our experiences, our peers, our colleagues, our role models, as well as from our circumstances. If there was a lesson learned for me personally from this box office entertainment hit, it is the need to truly practice modern leadership – Heads Up leadership.

What do I mean by this?

Just imagine you are one of the GOT leaders – make sure you know your own kingdom and use that know-how to forge forward as you look beyond the wall. With one foot in the present and one foot in the future, constantly engage in dialogue with those around you, process what you acquire and learn to lead better each day.

Leadership needs to be active – not reactive. To keep agile and adjust to a constantly changing world it requires changes in your own behaviour as well as changes in others behaviour, both in-the-field and in real-time.

Could different decisions or different leadership styles have changed the outcomes in the Games of Thrones? We’ll never know. The season may be over but may the legacy of the seven leaders within the fictitious seven kingdoms, live on as business leaders learn from them. 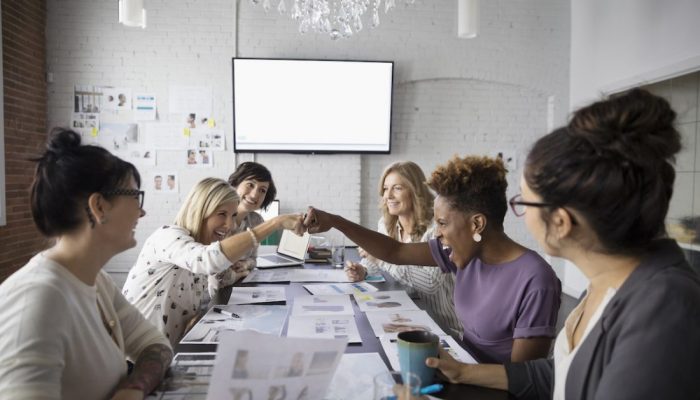 5 traits every leader needs to turn vision into results 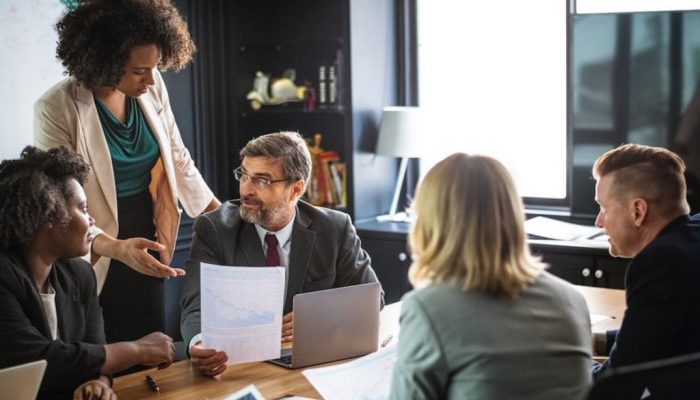 Lessons for leaders in implementing change